Pellucidar left the Sea of Cortez in 2021 heading South in search of warmer waters….

Pellucidar spent Thanksgiving and Christmas of 2020 sailing between La Paz and Puerto Escondido on the Baja side of Mexico. After Christmas both the water and air temperature in the upper sea turned cooler so we headed Pellucidar’s bow south in search of warmer waters.

Enjoying the sunrise from an overnight crossing. Welcoming the New Year as we approach Mazatlan

Our first stop was Mazatlan. We spent about a month between the various anchorages and marinas exploring the town as well as the restaurants with family who had arrived from the states. We enjoyed the change from the arid desert climate of the baja to the lush green tropical climate on the mainland.

Looking northeast from the top of Faro Mazatlan (LightHouse)

We sailed from Mazatlan to Isla Isabella, often referred to as the Galapagos of Mexico. We spent a few days here wandering amongst the frigates, Iguanas and boobies. It’s a magical place and one we would have stayed longer but the anchorage is tenuous at best. The weather was not horrible but the rolly sea state whispered to the Admiral it was time to hoist anchor and continue our journey south.

We sailed the 40 miles from Isla Isabella to San Blas arriving as the sun was beginning to settle to the West. Rather than negotiate the river to the marina in the dark we anchored in Mentachen Bay just south of town. Good thing we waited as navigating to the marina is only done at high tide! As you can see by the photo below, getting into the marina was a “high tide only” affair!

San Blas gave us the feel of a real Mexican town. Friendly people who are all busy going about their day’s business. Lots of vendors with brightly colored garments and nick knacks for sale. …..and rock streets.

Over the next few days we visited with a few of the locals, toured the Crocodile Reserve, and took a walk up to the Fort.

We moved out of the marina at high tide and back to our anchorage in Mentachin Bay planning for an early departure to Chacala the next day.

This little bay offered some of the warmest water we had seen yet. We swam everyday as the water temperature finally broke the 75 degree mark. We sampled the local fare ashore often, partook in too many margaritas and had a pleasant visit wandering the town. Several Mariachi bands played till the wee hours of the morning each trying to outdo the other! Some were even in tune!

From Chacala we continued south to Banderas Bay. This is the furthest point south Pellucidar would venture this season. We spent about a month in the bay getting some work done and bouncing between La Cruz, Paradise Village, Nuevo Vallarta, and Yelapa. Every day you could see whales on Banderas Bay. One day in particular while sailing from Nuevo Vallarta to Yelapa we were treated to a spectacular show of breaching whales. The show lasted for about an hour. What a spectacular display they put on for us!

Yelapa was one of our favorite villages. We spent three days in the bay hiking to the various villages and of course sampling the margaritas!

Yelapa is isolated from Puerto Vallarta as there are no roads into the village. Tour boats visit often and transportation within the villages is by horse, donkey, ATV, or walking. 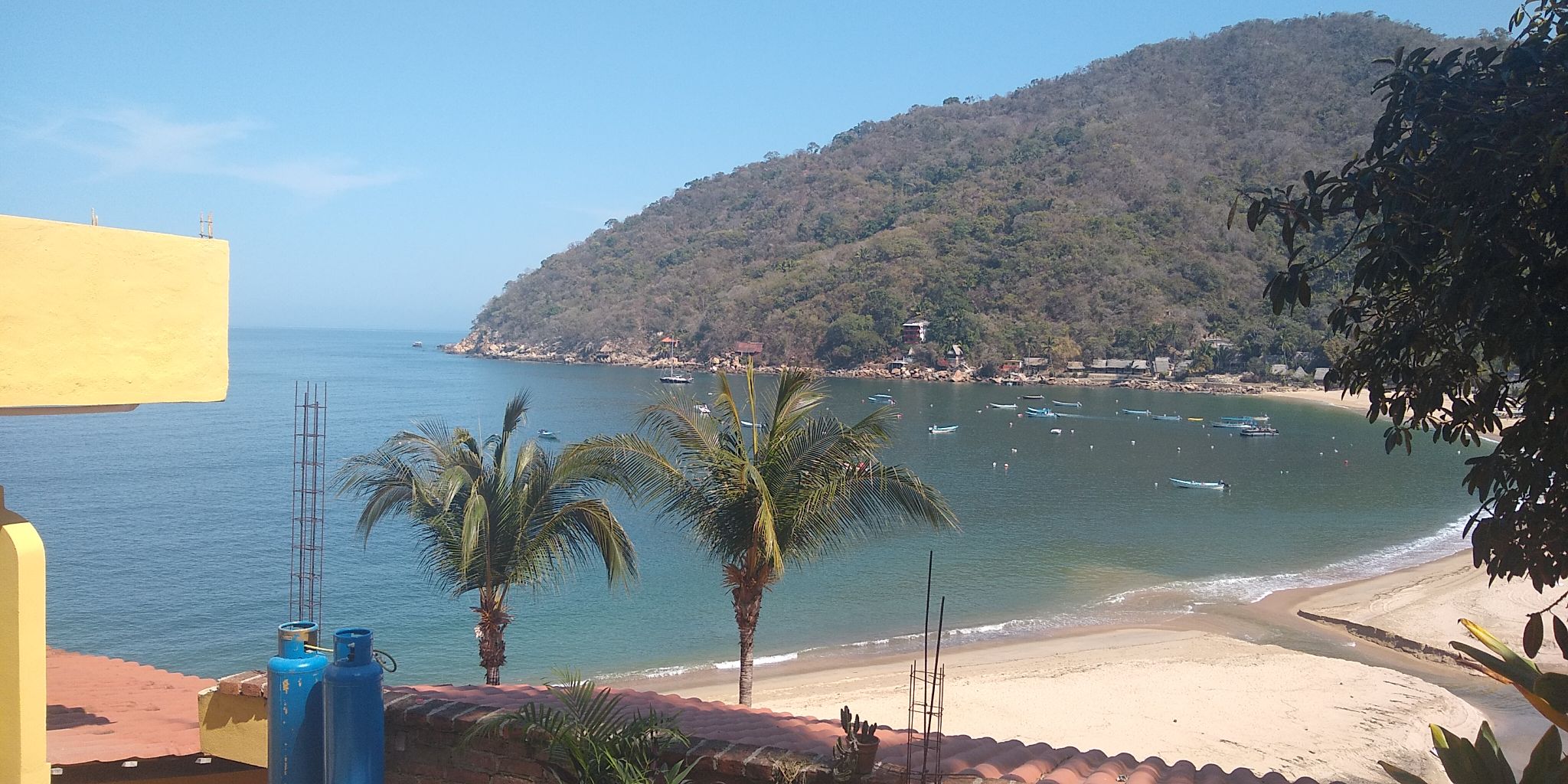 Yelapa has an open stead anchorage that is great in calm weather but hang on if the wind shifts! On the third day a heavy swell was entering the bay Pellucidar was being tossed around on her mooring to the point we could see the prop at times. We contacted our water taxi buddy, bid our friends, who elected to “ride it out”, farewell and had a great sail across the bay to La Cruz. (We learned later that one of our friends had been tossed from his bunk during the night) Of course we laughed at him!

This young man charged me 20 pesos to take his picture! LOL

We were sad to leave but Pellucidar’s home for hurricane season was 750 miles to the North and we had camping plans back in the states with the grandkids!

Next season will find Pellucidar exploring the northern part of the Sea of Cortez.