Just a quick update. Projects are getting ticked off the list but much slower than time seems to be running by.

Leaking window project is in full swing. I used an oscillating tool to cut between the window and the cabin top. It seemed to loosen the seal but there is a very solid chrome strip that just won’t let go. 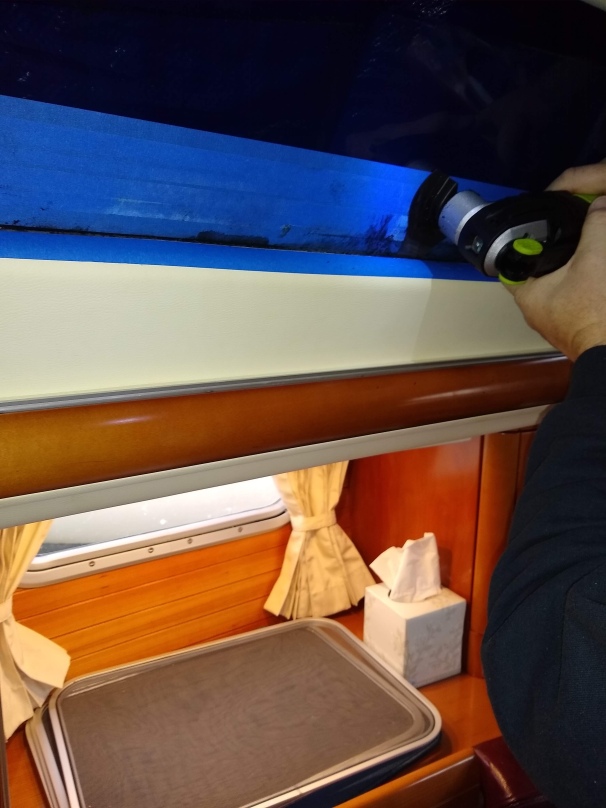 I used a putty knife on the outside as I was not comfortable using the power tool but no amount of prying seemed to help. 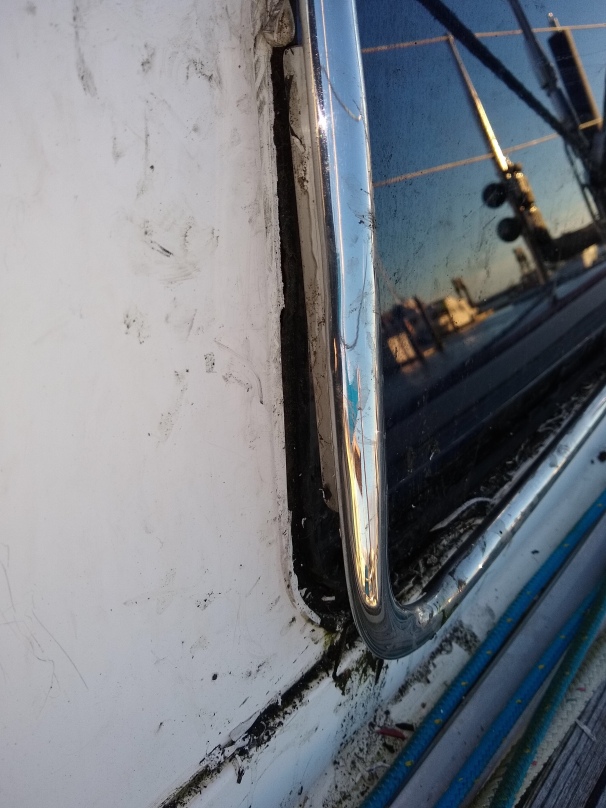 I was able to just cross the point of no return before I cried uncle. I have reached out to a professional and should have help in the next week or so.

inverter re-wiring to handle the water maker draw is coming along. We had a strategy session today with the electrician and I believe we have a plan.

The stern navigation light has always been covered by the dingy when it was on the davits. Linda helped me relocate that and get the wiring routed to it. It even works!

In between helping me with wiring, Linda was busy removing the stanchions for new bases and lifelines.

It was a bit of a project but she did a great job. Only the starboard quarter left to remove.

The bases for the stanchions are built into the hull and come up through the team cap rail. Over time these have gotten loose and the teak is splitting.

My thought is to glue the teak back together and add some extra support to the pulpit and stanchions to help spread out the load.

Here are the new pulpit and stanchion bases. I won’t just screw the bases to the teak if I am not able to incorporate the old studs built into the hull. Still in the design stages on this mod.

That will get you caught up for now. Still on the list is flushing the generator cooling system, re-sealing some of the hatches and finishing the window and inverter projects.

There are times a nice sailing dingy with no electrical would be very welcome!

Thanks for following along