Sadly we left the comfort of Montague Harbour but were excited to see a certain young man at the end of the week so we needed to start heading toward our home waters of Port Gardner Bay. 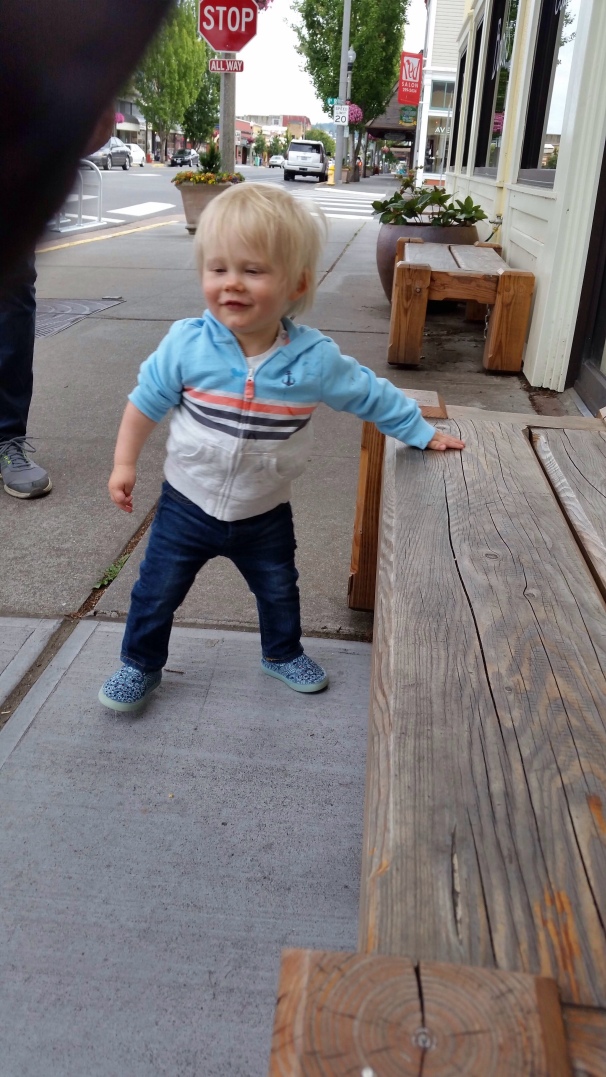 Slipping the mooring line from the bouy in the early morning hours we guided Pellucidar through the glassy waters behind Parker Island and out into Trincomali Channel. It was a very calm morning with a chance for us to relax in the cockpit with a hot cup of coffee in the cockpit. We dodged one container ship and a couple of ferries but not a lot of traffic to worry about. Entering Boundry Pass we left the “Pender Twins” to port. Listening to the weather report and watching the barometer we knew some higher winds coming in from the southwest were being predicted over the next two days. We decided to check in at Friday Harbor and then head over to Blind Bay where we would be protected from the incoming storm and sit on the anchor. Arriving at the custom dock we had the whole place to ourselves. I called in and went through the normal series of questions. I’m always amazed at how difficult it is trying to get back into your own country. After speaking with the officer for a moment she decided a visit to the boat was in order. She asked me to wait on board for her arrival. We did not have to wait too long before she arrived. We had forgotten to declare a couple of limes when we called but she was kind enough to take them for us. After visiting for quite some time she said goodbye. We were having such a nice visit Linda had to ask her for our clearance number. I think she was a little embarrassed.

Once Pellucidar was cleared back into the country, we contacted Friday Harbor via VHF to see if there was somewhere we could tie up for a short period of time. We needed to re-provision and grab a shower. We were a little shocked and pleasantly surprised when they allowed us a 4 hour complimentary stay at the dock! With a 47′ boat we have a tough time getting dock space when we have reservations let alone for a temporary stay. After our shower we grabbed a little lunch and did some grocery shopping in town. The perfect break from a day of motoring. 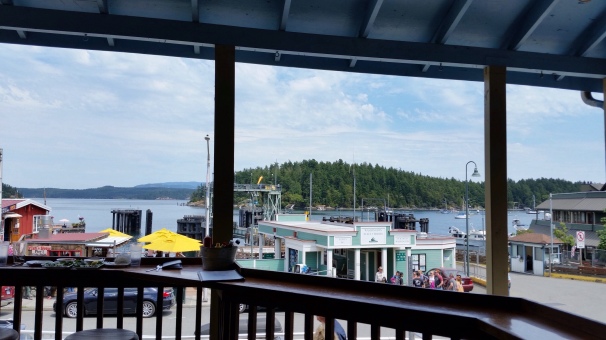 We placed a call on the VHF to thank Friday Harbor for their generosity and were back out racing ferries in under 4 hours.

The wind was already beginning to rise but it was a short run to Blind Bay on Shaw island so we motored through Wasp Passage and up around the top of the island. 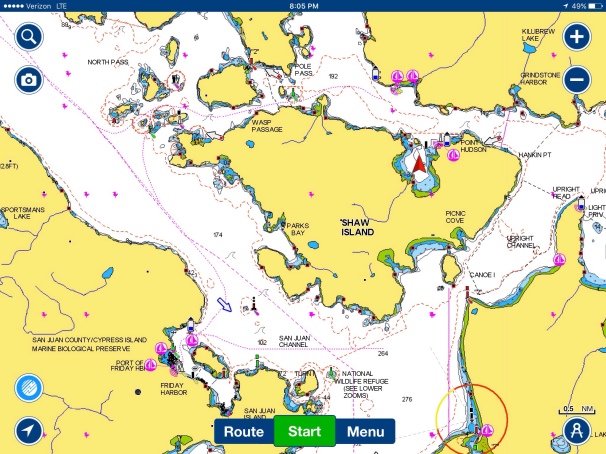 We wanted to get the anchor down before dark and the weather had a chance to turn. On a side note, you should keep the marker when entering Blind Bay to port. Don’t ask me how I know this…… we did not touch but if Linda would have bought one more apple there could have been an issue.

The evening was nice and the sunset spectacular as we settled in for the night. The wind picked up over night and howled through the rigging with gusts up to 30 knots. Thankfully the bay was not too crowded and we were able to find a spot where we could lay out a lot of scope. The boat swung back and forth but the anchor held firm and we slept pretty well considering all the racket outside.

Next morning things calmed a bit but we heard there was another storm heading in. Our plan was to pull up anchor for a run to Eagle Harbor on Cypress Island. We knew the boat was secure in Blind Bay and well protected from a south westerly so we decided to stay another night. Once the decision was made to stay we lowered the dingy and took a tour around the bay. We were a little surprised there is no where to land a dingy from Blind Bay and walk the island. All the beaches were private. Circumnavigating Blind Island we had many conversations with the varying birds, ducks, seals, etc. Follow our visit around the island we headed over to the dingy dock behind the ferry landing. The little store was fun and had a good variety of goods and nick knacks. We bought some olives and a couple of ice creams. Ice cream is a necessity when cruising. It was the end of the season so things were pretty slow at the store. A couple of young ladies cycling through the islands and local folks. We asked if we could leave our dingy for a little bit while we wandered around the island. I don’t mind saying we were disappointed when we were told the dock was for customers. What are we, chopped liver?

When we return to Shaw Island I think it will be at Indian Cove or Parks Bay. Indian Cove has a county park so a better shot at getting on shore. Weather dependent of course.

Another blustery night on the hook but all good and by morning things had calmed considerably. We raised anchor and headed out of Blind Bay, on the proper side of the marker this time. Funny but there is a lot more water on this side…..

We motored out past Upright Head through Peavine Pass. We crossed Rosario Strait, around the North side of Cypress Island the between Cypress and Guemes Islands then on into Anacortes.

We were meeting our youngest son, Carl, his bride, Ali, and our newest grandson, Owen for dinner. The perfect ending to a great summer adventure.

We had a nice visit on the boat after dinner then the kids headed back home to Mount Vernon.

After the kids left, John and Diana, Ali’s parents who live in Anacortes, stopped by for a night cap after work. It was too bad they missed the kids but work and nap schedules did not coincide tonight.

We were heading home tomorrow and I was reviewing the tides and currents to see what time we needed to leave so we could run the Swinomish Channel. I happened to email my buddy Walt Knowels who has the same boat we do and was telling him of my plan to go down the channel. His response was “oh good, let me know how that goes because I’ve never had the courage to run the channel……” I just became a solid member of the “I’m A Chicken Too” club.

Timing our departure perfectly, we caught the tide out of Anacortes at 0500. This got us to Deception Pass about 30 minutes early so we did a quick tour of Bowman Bay just outside of Deception Pass. As we were circling the bay there was some kind of ceremony just finishing up on the North side. Gliding through the slack water just before the flood at Deception Pass was the perfect formula for getting home. We rode the current past Swinomish channel, out Skagit Bay, down Saratoga Passage and into Everett. We arrived in Everett about 1030! That is the fastest we have ever mad that trip. We were flying!

Arriving in Everett was bittersweet. It was nice to be home but we were sad our 3 week adventure had come to an end. The weather was excellent and we often had wind to sail. We finished up out entire trip and used less than 50 gallons of fuel.

Thank you all for traveling with us through this series.

This is not the end but only the beginning. We will soon be inviting you to come along on a double circumnavigation and following that will be prepping the boat for our largest adventure thus far. Next spring we begin circumnavigating Vancouver Island.

S/V Pellucidar and her crew 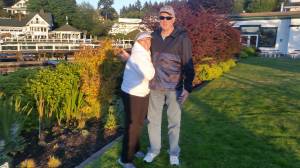