We slipped the lines early and departed Roche Harbor to catch the outgoing tide down Haro Strait. We pass by Henry Island to starboard and Westcott Bay to our port as we wind our way out Mosquito Pass. It’s a beautiful morning with the sun coming up behind us. 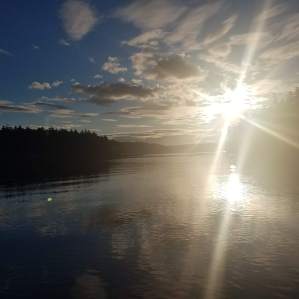 As we exit the pass, Mitchell Bay is on our port and we enter Haro Strait. The middle of this strait separates the USA from Canada.

This morning the wind is calm so we are motoring. We decide to stay outside Discovery Island even though the automatic routing feature tells us we can cut inside. We are not as familiar with these waters and would rather be safe than sorry.  As we near Ogden Point and Victoria Harbour, the traffic increases. Cruise ships, tugs, fishing vessels, freighters, lions and tigers and bears………you get the picture.

We check in at the customs dock. All goes well and we are soon on our way towards the inner harbor or James Bay. I contact the harbor master on the VHF and we get a slip right in front of the Empress Hotel. We dodge a couple of water taxi’s and begin to round Laurel Point. Now mind you this is a very very busy harbor with a very narrow channel. As we round the point we have the Clipper coming out, the Coho ferry coming in and three float planes heading out. It’s like chicken on the water and we are going to lose! With the skills of a born yachtsman, Michael guided our vessel to our slip unscathed, made fast the lines and we set out in search of some brunch.

Look at the difference of available slips from the morning when we docked to later that afternoon. No room at the inn! 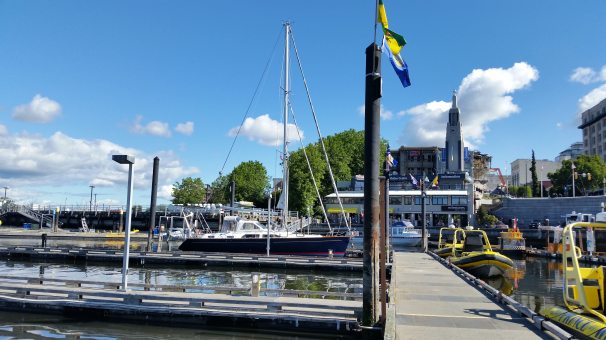 Linda and I had fond memories of a public house just up Government Street from the Empress. We walked a short distance and came upon The Bard and Banker Public House. Housed in the old Bank of British Columbia building built around 1885, the building remained a bank clear up until 1998. The bank closed and the Spirit of Christmas store moved in. When they closed their doors in 2007, The Bard and Banker was born. The Bard of the Yukon, Robert Service, worked in the bank from 1903 but devoted much of his spare time to poems and writing thus providing the name for the Public House.

It was a beautiful day and we had arrived in Victoria early enough that we decided to grab a city bus out to Butchart Gardens. There is a bus that runs out there and back about every hour and they drop you right at the gardens. How convenient!

It was a spectacular day to view the gardens. The sun was out but not too hot with a light breeze blowing. It was busy but not over crowded and the gardens were in excellent shape.

I will put a few of our favorite pictures up for now. I will try and see if there is a way I can show you the bulk of them. 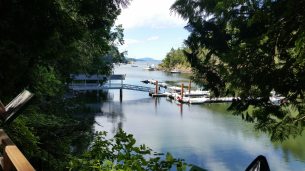 Originally we were going to sail into Butchart Cove but due to time restrictions, we went by land. Next year I would like to enter the gardens from the cove side. It’s like pulling up to a restaurant dock in your boat and going ashore to dine. You just feel really important!

The bus ride back to Victoria was pretty uneventful which is a good thing in my opinion. We got back to the boat, scrounged up some dinner and relaxed for the rest of the evening. (Dinner was actually much better than “scrounged up” I don’t remember ever having a bad meal aboard. Normally we use this time to  plan our next days travel but as we were staying in Victoria another night, we had the next day filled already. The girls planned to go off shopping while Michael and I had a couple of museums to visit. We also had reservations for dinner. 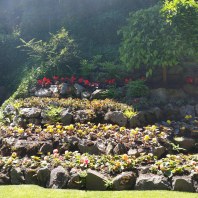 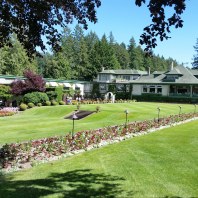 The Royal BC Museum is incredible. Founded in 1886 this museum has gone through a number of changes over the years. With 3 permanent galleries; Natural History, Modern History, and First Nations, Michael and I spent hours in here. One notable picture we must post….. 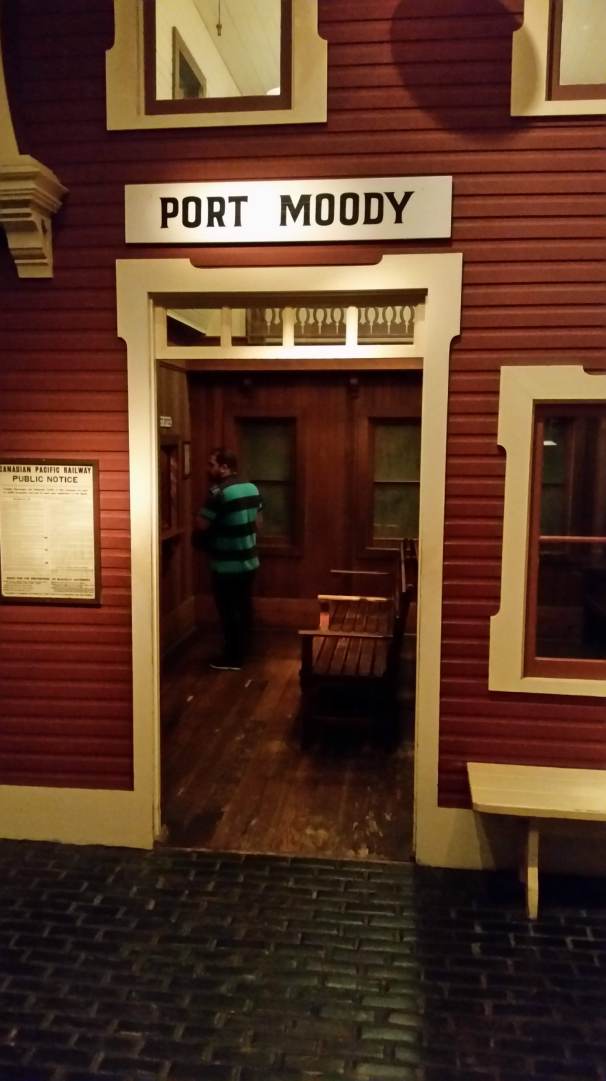 The First Nations exhibit really was interesting. That as well as the early days of shipping and the gold rush really captured our attention. After our day in town, we got cleaned up and headed out for dinner. I believe it was either Friday Harbor or Roche Harbor where we had heard about this little Italian restaurant in Victoria that was not to be missed. We contacted them upon our arrival to town and were lucky to even get a reservation in the middle of the week! Il Terrazzo. This little romantic trattoria lived up to it’s reputation and more!

Il Terrazzo was located up Warf Street a bit so it was only natural for us to take a H2O Taxi. These little yellow “mosquitos” are running all over the bay serving 13 major points of interest. Some days they even perform a ballet. This was recorded in 2017.

We boarded right near our dock and departed for the China Town dock. As we pulled out, there was a tug pushing a barge under the new Johnston Street bridge. This bridge had just opened at the end of March after 5 years of construction. This is one of the worlds largest single-leaf bascule rolling bridges. This new bridge is not only functional but its design provides an ascetic appeal to the Harbour as well. We got to witness it opening for the tug (and the awesome taxi we were riding). 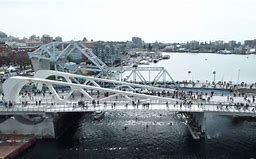 New bridge pictured here with the old cantilever bridge in the background.

We arrived at the China Town dock, disembarked and wandered through the colorful streets as we made our way toward the restaurant. I’ve always enjoyed walking through this part of town.  As the sun was edging toward the horizon, the color of the lights began to reflect off the buildings and ornaments decorating the streets.

Getting to the restraunt proved to be a bit more challenging than we first suspected. I would not recommend following Google maps to this location. We wandered up and down the street for a moment until we finally got some real directions from a friendly local. This quaint little restaurant was tucked up around the corner off of a little alley. As you walked up the cobble walk you senses seem to come alive. The aroma coming through the door did not hurt either. Even though we were about 30 minutes early and the place was buzzing, they had a table ready for us in short order. This is old Italian charm at its finest. In addition to their dining area is a large court yard and spread throughout the restaurant are 6 brick oven fireplaces. Their extensive wine list assures you a perfect match for any selection off the menu. We had an enjoyable meal while reflecting back on the last few days activates and planning for the days ahead. We walked back to the boat under a star filled sky, relaxed in the cockpit with a “special” coffee and soon were heading for our bunks. We had a big day tomorrow as we were heading for our first Gulf Island. Anticipation was building!