The mind is an amazing instrument. In the evening during great conversation and a few adult beverages, when the subject of an early morning hike came up everyone thought it was a grand idea. However when the alarm went off the next morning I was questioning my ansistery! We drug ourselves out of bed, poured into the dingy and motored over toward the state park dock. I say toward because part way there the distance between the outboard and the bottom went to zero. Not once but twice! This seems to be my year for running aground in every vessel we own! It was an amazing low tide and I was still shaking the cobwebs out of my head. Unscathed we arrived at the dock and disembarked with our fellow hikers. In the end I’m glad we did. It was a beautiful hike through the state park grounds. We saw some wildlife in the form of bunnys and even encountered what I believe they call a Japanese Lantern growing in the wild. This was symbolic to one of the couples in our group and made our hike that much more special. 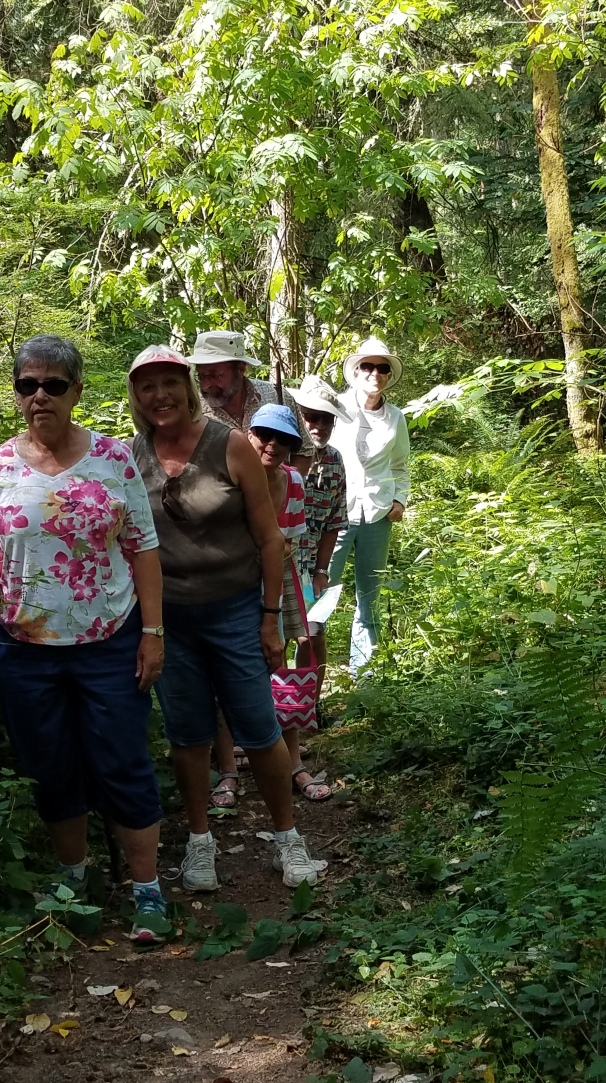 As we wandered in and out of the various trails we happened upon an amphitheater. Most groups would walk on by but not Milltown Sailing. With all of this raw talent accumulated in one spot and an empty stage we just had to perform a few musical numbers for the animal of the forest to enjoy. I’ve never seen a squirrel laugh so hard in all my life. I don’t think we will be invited back.

Back to our various vessels, let loose the moorings, then around Hartstine Island on our way to Olympia. Deana and Sue when down Pickering Passage. That looked like a lot of fun but none of our masts would clear the bridge. Once we were through Dana Passage we decided to take a little detour to Hope Island. We had heard so much about it we thought we would check it out. We grabbed a mooring bouy and lowered the kayak to check out the island. Mark and Pam grabbed a bouy on the other side of the island and soon after that Dale and Edith anchored behind us. We discovered Deana and Sue had grabbed a bouy as well. We paddled around the island counter clockwise after checking into the state park and found Else and Meander just around the corner. Dale and Edith joined in their dingy and soon we were rafted up visiting and enjoying a cool drink. 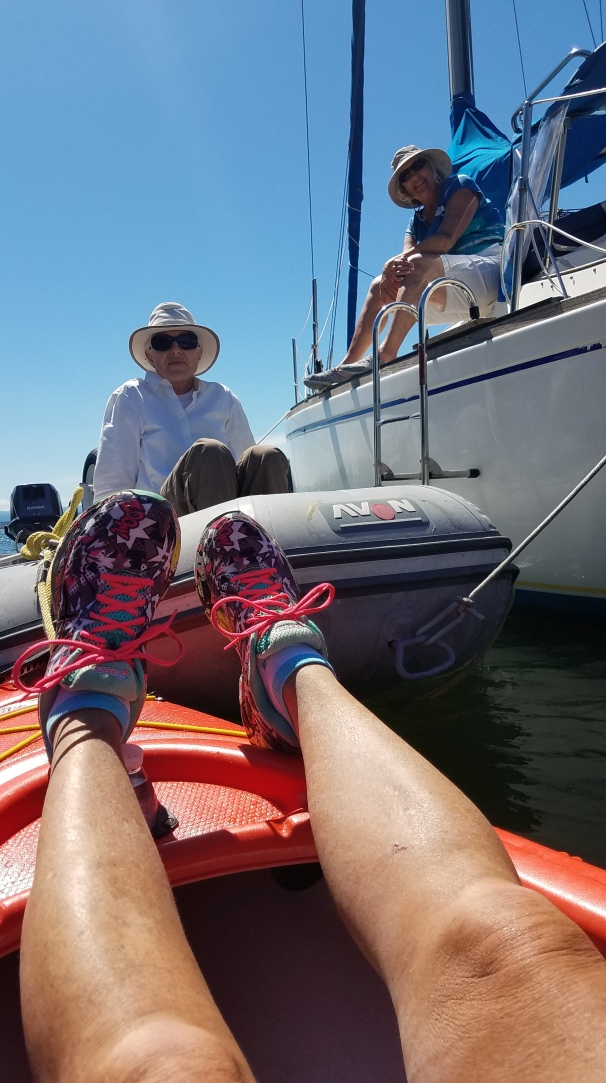 We left our compadres and completed our circumnavigation of Hope Island. We will be back to explore this fun little island again. After hoisting the kayak aboard we headed for the big town of Olympia.

We passed Boston Harbor to our port as we entered Budd Inlet. No time to visit this quaint little harbor for now but we added it to our list for next time.

Seeing the capitol building as we rounded the point was sort of like a finish line for us. We have talked for years about making this trip and had finally checked this off the list. We docking in Swantown Marina was a breeze with a lot of help from those who had arrived earlier. Once we got the boat settled for the night, we walked over the Hearth Fire Grill and took part in their delicious ribs as we watched the sun set over the Olympia Channel amongst darkening skies……. 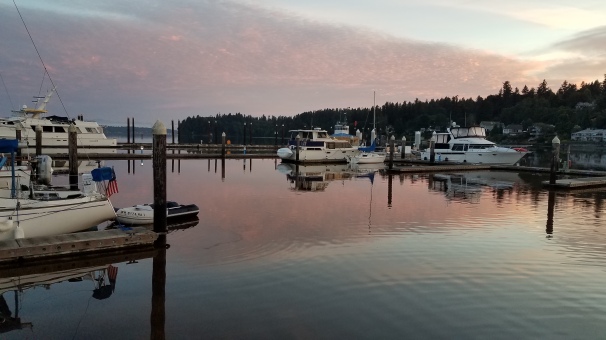